i Aug 9th w No Comments x by wphawebsite

My husband and I bought our first home in 2011: a mint-green Colonial at the corner of 74th Street and Pennsylvania Avenue, across the street from Hale Cook, a mothballed public elementary school. At the time I was pregnant with my son Luke. Though kindergarten seemed like a long time away, I became curious about the school, seeing as how we were now neighbors.

While walking my dogs by Hale Cook one Saturday, I met a group of people hosting a neighborhood yard sale — mostly donated items — to create buzz around campus. These friendly people in red T-shirts called themselves the Friends of Hale Cook. I learned about their efforts to generate neighborhood support for reopening the public school. The school district had not sold the school, only closed it for a while.

I was relatively new to Kansas City, and saw an opportunity to join these group of dedicated parents (and soon-to-be parents) to promote our dream for the neighborhood.

Soon after, Friends of Hale Cook formed as an official nonprofit organization with a board of directors. We conducted town halls, canvassing sessions, meetings with the school district, fundraisers, clean-up days, parade floats and even a feasibility study, commissioned by then-superintendent Stephen Green to prove community support for reopening the school. It was a lot of work for the six board directors, our families and a few regular volunteers. I have to admit that at times I doubted whether our efforts would go anywhere. The district had many other priorities. Also, there was much confusion around school choice and terminology (charters, magnets, private, signature schools).

Yet the hard work and persistence paid off. In 2013, the school district approved the reopening of Hale Cook Elementary. That first year, Hale Cook resided within a few classrooms inside Hartman Elementary; the following year our school building reopened to welcome kindergarten through second grade.

Julie Lynch, who served as transition coordinator while Hale Cook was off-site at Hartman Elementary, was named principal. Since then, Julie has been instrumental in developing a successful school with top-notch staff and a community spirit.

My son Luke entered kindergarten at Hale Cook in Fall 2017. I never considered sending him to any other school. Though I had been involved with the school’s reopening, joining the school as a parent was a new experience. My son has enjoyed two wonderful school years, and this month he returns as a second grader. My daughter Hazel will enter kindergarten at Hale Cook in fall 2020.

A few reasons why my family loves Hale Cook:

Eight years ago, I would have been unable to dream up what a gift Hale Cook Elementary has become to my family. I now hear of families who want to move into our neighborhood so their children can attend and walk to Hale Cook. As neighbors, we all have a stake in the success of Hale Cook and the school district as a whole, even those of us to don’t have children or whose children attend other schools. Shouldn’t Kansas City’s recent development boom elevate public education for all urban kids?

If you’re interested in learning more about my family’s experience at Hale Cook, email me at srechtin@gmail.com. If you want to volunteer at Hale Cook, please contact the school. We would be happy to have you. 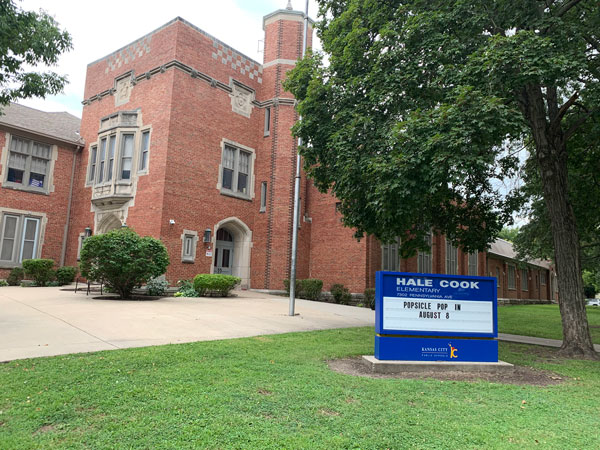