311 has answers to many neighborhood questions

There is an easy way to alert city staff to problems in our neighborhood. Through the City of Kansas City’s 311 Call Center, residents can request service for:

The city tries to respond to requests within two days, though this year’s proliferation of potholes has taxed its resources. To report a problem:

A gorgeous neighborhood starts with you

Not surprisingly, a recent WPHA survey found that residents appreciate the beauty of our neighborhood and have a deep interest in keeping it looking good. Although the WPHA contributes to this effort by maintaining two public green spaces, much of the responsibility for beautification lies with individual homeowners, according to the Kansas City Code of Ordinances. Several excerpts from the code are summarized below:

Property owners and occupants have a duty to keep the sidewalk, curbing and guttering that adjoins their property in good order. This includes clearing away all earth or litter and removing obstructions that are dangerous, inconvenient or “annoying.” Residents are prohibited from sweeping litter from sidewalks into the gutters and streets.

In between the city’s weekly waste collections, refuse containers must be stored in the rear yard or a side yard. (Residents on corner lots may not store their trash containers on either of the street sides.)

If appropriate storage imposes an undue hardship because of an occupant’s advanced age or physical limitations, storage of refuse containers may be permitted elsewhere on the property. However, the trash containers must be screened from the view of other residential properties by a solid wall or tight fence.

Residents who have scheduled supplemental waste collection pickups may not place their items at the curb earlier than 3 p.m. the day before the scheduled collection date. Items for disposal are permitted to remain at the curb no more than 24 hours. 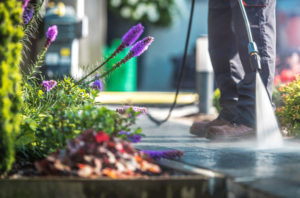 WPHA board members testify on ordinance to regulate noise in city

Partly because of loud music blasting from bars, including those in the vicinity of Wornall Road and 75th Street, the Kansas City Council in early May voted to revise its ordinance regulating noise at commercial and residential properties.

Bert Malone, deputy director of the Kansas City Health Department, in testimony before the Council’s Committee on Neighborhoods, Housing and Healthy Communities, identified excessive noise as a “public health problem.”

After hearing from Malone and residents, including Maureen Hardy and Jon Rand of the WPHA board, the committee voted unanimously to send the ordinance to the full Council with recommendation for passage. The Council voted to pass it the next day.

He reported that his department received 178 noise complaints in 2014 and receives between 125 and 180 in any given year. Most complaints are neighbor to neighbor.

The previous ordinance, Malone explained, had become out of date because of changes in development and technology. While bar areas formerly were relatively separate from residential neighborhoods, they now are often on top of each other, particularly downtown and in Waldo. Many downtown commercial buildings that once sat vacant after business hours have been turned into apartments and condominiums.

Also, the current ordinance was passed before smoking bans inside city bars and restaurants, which prompted additions of outdoor decks featuring loud music.
Malone, who has helped mediate problems between bar owners and residents in Waldo, asked to hear from community representatives who could lend their perspectives to the proposal.

Hardy testified that after a meeting between Waldo residents and bar owners two years ago, most owners agreed to fix the problem. Chris and Andy Lewellen, owners of two popular spots, spent thousands of dollars adjusting the sound for the outdoor deck of The Well.

However, Hardy added, some other bars continue to emit excessive noise that can be heard from her home a few blocks away. Neighbors often call her to complain.
She said. “A lot of people call me and say, ‘We have children who need to get up and go to school in the morning and it’s 11o’clock.'”

Rand suggested that the uncooperative bars, if only a minority, made the revised ordinance necessary. He said that, in addition to loud music, neighbors have complained about noise from bottles being smashed into dumpsters after closing time and party buses standing in front of homes.

Malone added that although the revised ordinance spells out an enforcement process, he would prefer to first attempt mediation to resolve complaints.

“We will go out and say, ‘Do you realize what you’re doing? Here’s what you can do to comply,'” he said. “We will not order a citation until the second complaint within thirty days.”

Noise complaints, from loud music to barking dogs, can be directed to 311, the city’s action line. Residents seeking immediate action can call 911.

“Hopefully,” Malone said, “this will lead to a more peaceful environment.”

Police reports of crime within WPHA boundaries, which saw a disturbing increase over the winter, have since declined dramatically.

Just two crimes were reported in April, the latest month for which statistics were available at the May meeting of the Community Police Action Committee. CPAC meets the second Tuesday of each month at the Southtown Council offices at 6814 Troost.

For April, WPHA experienced one report of stealing, in which a relative of the resident was found responsible, and a stolen van that was taken on Summit street when the keys were left inside. Also, a post on eNeighbors reports auto break-ins during May.

WPHA security patrol membership is a bargain for $50 a year, and residents are reminded to call 911 when they spot any suspicious behavior, or even annoyances such as aggressive solicitations.

The City Council in February passed a chronic nuisance ordinance that gives Kansas City residents an enhanced tool to address residences or businesses that become sites of criminal activity.

Under this ordinance, a location that fosters a misdemeanor or felony can face penalties from the city that could result in the property being seized and put up for auction.

Wagner, who represents the Northland, introduced the ordinance to replace a previous ordinance that he suggested needed strengthening.

Such lesser nuisances as barking dogs or overgrown yards would not be covered by this ordinance. It aims at such crimes as drug sales, illegal use of firearms, disorderly conduct, and incidents causing bodily injury.

Action from the city will result if police are called to a property for any of these alleged crimes three times within 30 days or seven times within 180 days.
Then the business or home owner cited will be required to appear before the city’s neighborhoods and housing services department. If the complaints are founded, the party cited will be given 30 days to produce a plan to correct the issues.

Those cited can be required to pay for repairs or subject to special assessments. Such assessments, Wagner said, “will go on their county property taxes and begin their trip to the courthouse steps.”

A property owner can take his case before a seven-member chronic nuisance board, which will be appointed by Mayor Sly James. Any community members who will to be considered can contact Sharp at john.sharp@kcmo.org or Taylor at katrina.foster@kcmo.org. The ordinance, No. 150044, can be found online.

The City Council is considering a new noise ordinance. This Kansas City Star story references the WPHA’s efforts to work with local bar owners to address noise issues in Waldo.